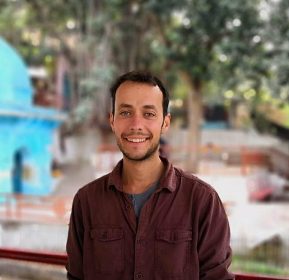 Ravi has been introduced to Tantra and Hatha Yoga when he was nineteen years old and started his yogic sadhana with enthusiasm and deep interest in spirituality.

Three years later on 2008 he met Swami Shankarananda Giri who initiated him into Kriya Yoga and started serving his guru by organizing Kriya retreats.

On 2011 he did his first Vipassana retreat and he did more the following years.

On 2014 he connected to Guruji Raj Kumar and started traditional tantric sadhanas.

He is introducing people in Kriya and traditional Tantra since 2016 with the permission and blessings of his teachers.